Coming to your stretch in 2021 – time to be counted 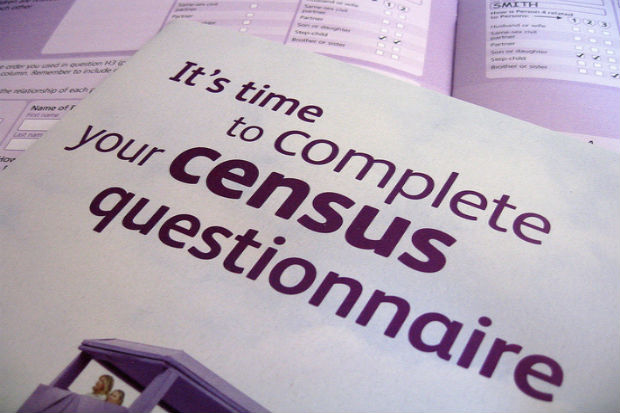 On the 21st March 2021 the next National Census will be taken.  As in biblical terms, everyone has to be counted, as Mary and Joseph were at the time of the birth of Jesus.

For those reading this who are members of IWA then you will have perhaps read the article on the National Census in Issue 269 Winter 2020 of Waterways.  Many WWCs are not IWA members so this may be first they have read about this.  I’m just want to give a little focus about how WWCs might give consideration to the impact that the taking census may have on their stretch.

It is a legal requirement to complete the census return.  I’m sure many WWCs will be aware of the boaters on their stretch who are likely to be none too happy to deal with an authority figure, Census Officers, thrusting paper at them.  I understand that the Census Officers will be expected to be quite ‘insistent’ upon forms being completed and returned. So I think it would be a good idea if we as WWCs are informed sufficiently to be able support our boaters.

Historically this is not the first time that boaters will have been asked to complete the census.  I have no idea how successful collecting boat data has been at previous Census, perhaps in the months ahead we may find out, but for now let’s give a little thought to the process to be faced.

This census, unlike previous ones, will be principally completed on-line.  Hardcopy forms will be available for those who require them.

In March 21 all boats with a Post Office registered address should receive a letter from the Census Office giving a unique reference number.   Boaters living in marinas will have a letter delivered by a census officer.  The same applies to boaters living at other permanent moorings.  The census officers will then try to deliver a letter to any other boater they can locate.  I wish them well with that.

The census form needs to be completed as to the domestic arrangements on 21st March 2021.  So if a boater is able to complete their form on line then this can be done as soon as they wish on receipt of their letter, perhaps before going cruising.  If they wish to fill in a manual form this will have to be requested. I have no information about how that is to be done.

One thing to consider for boaters that don’t have good access to the internet is the local library. Library staff (assuming the libraries open) are usually very able and willing to help people access the internet for official tasks, and this is just the sort of thing they may actually be officially tasked to help with.  If you have boaters that might need this kind of help consider asking at your local library what service they are going to provide.

Census Officers will be keen to collect all returns and may be minded to help individuals complete their forms if there are difficulties. We know the boaters on our stretch that might have issues with officials trying to engage with them.  Might we be able to smooth the way for the census officers.  Can we explain to those of concern to us that the information collected is not going to be used to ‘get at them’!

I’m certain that there will be a great deal of information in the lead up to March 21 but it will do no harm for us to give a little thought ahead of the game.