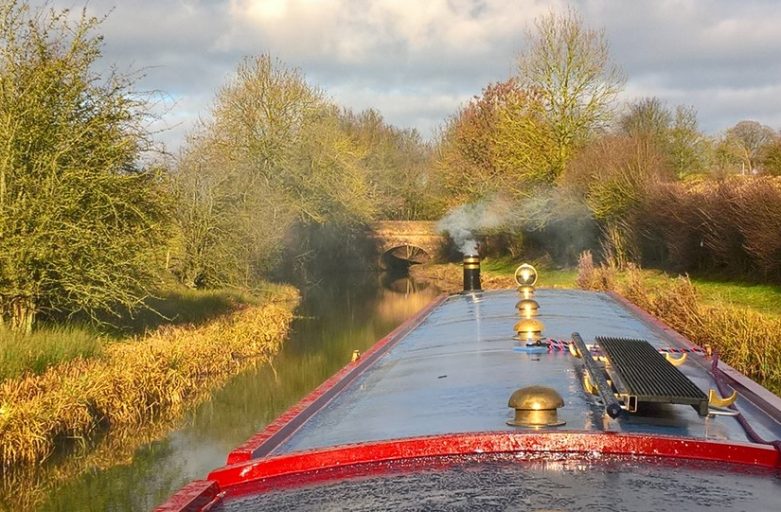 A few paragraphs about some of the people our Waterways Chaplains Kim and Paul Hutchinson met in April. It’s wasn’t until they had completed the end of month report that they realised how much interest had been shown!. The entire month of April, roving the Grand Union, seemed to be sharing about the WWC and/or BCF (Boaters Christian Fellowship).

“First, we met K. in Wolverton and she showed interest in both the WWC and BCF when she saw our pennants at the stern of our boat. She had just bought her boat and was moving it solo for the first time so Paul helped her to tie up.

Then we met a couple and shared a few locks; they said they’d bought their boat share from a vicar and so I chatted with the helmsman when we were in the locks together and at the same time Paul was chatting to his wife while doing the locks – she came and asked me for a leaflet. We wished we’d had a bit longer to chat – but sometimes you just have to grab the opportunity.

Happily, with the next couple our prayers were answered. We met L. and B. at Stoke Bruerne and L. asked us to share the locks, even waiting while we topped up with water. Meanwhile a very young CRT (Canal and River Trust) volunteer came to see if all was well and it turned out he was a Christian but hadn’t heard of BCF or the WWC so we had a good chat and gave out more leaflets. (Sometimes it’s a blessing when replenishing the water takes a long time)!

We then began our journey through the locks and discovered B. was a retired minister. We enjoyed their company so much that we asked if they wanted to stop for lunch at the pub – it was 7 locks after all!! This gave us more time to connect, share and get details. Such an interesting couple.“

Each day our prayer is that God will make it clear who He has planned for our chaplains to meet along their journeys on the canal and rivers as they rove. We all pray for His wisdom in each conversation.