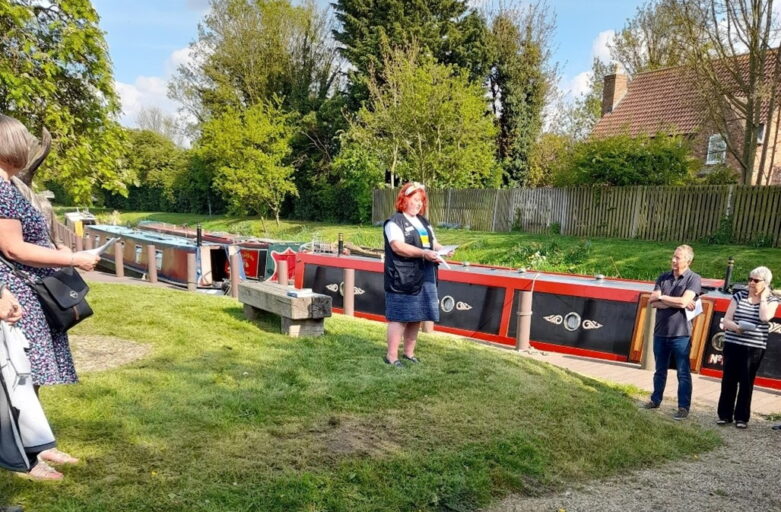 On the first May Bank Holiday the small village of South Kyme, Lincs hosts a boat weekend. Traditionally boats moor up to visit the pub and on Sunday attend the boat service. With the pandemic, wrong water levels and lack of bridge maintenance, it has been a number of years since boats have visited for this event.

The Slea Navigation Trust which maintains the Kyme Eau gathered a flotilla this year and six boats arrived on the Friday evening after navigating the lock off the River Witham at Chapel Hill. The Kyme Eau links the Witham to Sleaford via a canalised river. In the past, grain especially was unloaded here to be ground at Money’s Mill, where boats could moor up outside and is now a car park.

WWC Tina Clark led the boat service by the landing stage, recently installed by the E.A. to encourage boaters to the village. It was well attended by villagers and boaters alike.

She says “It is always with sadness when the boaters pack up and leave to manage the 32 turns of the windlass to return to the Witham and safely onwards”.