Perseverance pays off for one Waterways Chaplain 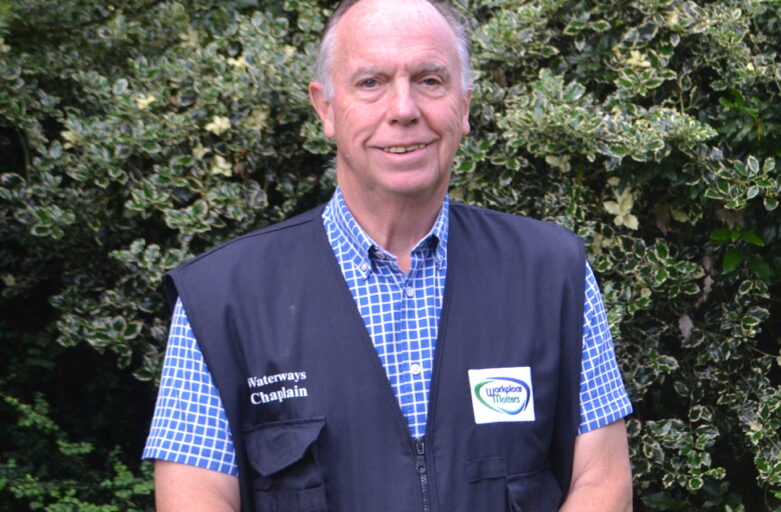 Seeing money come out of a cash machine is not usually an exciting event. But for one Waterways Chaplain on the Broads it was a cause for much celebration last week.

Mike Cadman, Chaplain in the Norfolk Broads, explained: six months or more ago I had been asked by a police officer to help a boater. We will call him L. He is of pensionable age but for a long time he had been unable to collect his pension as he had no bank account and state pensions have to be paid into a bank account. To add to the challenge, he, like many boaters, had no ID and no phone although he did know his National Insurance Number.

To add to the complexity he lives in his boat on a little island which is quite inaccessible, the only access being to ferry oneself across, or be taken across, by boat. Access depends upon whether the ferry is on the right side of the river to use. Luckily those who own the island have been very supportive of my trying to come alongside and help boater L sort his difficulties.

After talking to the Pensions Agency, we had a joint phone call when they agreed his pension. The Pensions Agency were very good, amazingly so, and once it was agreed they could talk to me they did so to finalise matters.

There is a website where you can order a copy of a birth certificate. I did this but unfortunately they sent the wrong one. L is entitled to a driving licence, so a form was obtained, and a photo taken. The lady in our local photo shop said the background was wrong it had to be white, so a white background and a camera taken across to the island in the small boat, the photo taken which was then prepared in the photo shop, again so much help given, and sent off to the DVLA with the application and a letter from me.

Three months or so passed by but then the driving licence eventually arrived in the post. Off to the bank, an appointment made, we went together, and it was the first time L had been off the island for a couple of years and L was very anxious.  Happily, in spite of some history the account was successfully opened. The details were sent to the Pensions Agency on the form they had sent to me about five months earlier. L had the joy of posting it and then a letter from the Pensions Agency saying payment had been made.

So last week off we went together to the bank, the bank card inserted, the pin entered, and the balance enquiry made. All the pension arrears where in the account and then the money withdrawn: Success.  Cause for much celebration!

Mike commented later ‘My Bible tells me you have need of patience and in this instance more than true but keep working at the problem and the solution will come’.