Another amazing answer to prayer on the Waterways 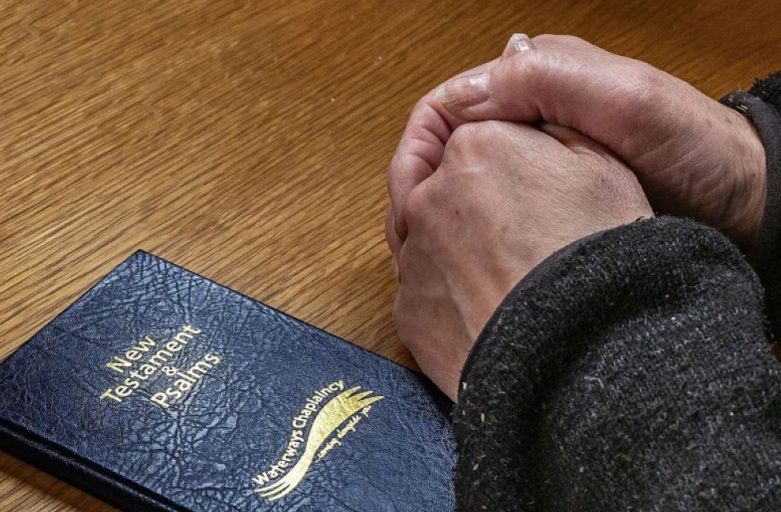 Last month one waterways chaplain, Gordon, was supporting a boater whose boat very sadly was badly vandalized. Gordon explained that the situation resulted in an amazing answer to prayer.

Gordon said, “I knew J from several visits, and he was an interesting character with a checkered history but always had a story to tell. One boat he had sold was set fire to just two weeks afterwards, then recently his own current cruiser was attacked violently with hammers and all the windows broken – every single one of them. The toilet was smashed and holes were put in the hull. Not surprisingly boater J’s boat sank. That was his home at the bottom of the canal.”

Luckily the vandal was spotted and the police arrived in time to arrest him. A kind neighbour helped to pump out J’s boat and they managed to get it re-floated but it was no longer in a livable state.  J’s local council promised him accommodation in ninety days but did not view the condition of the vessel or see the conditions he would have to live in and so he was thrown onto the goodness of a local pub and helpful boaters with support from the Waterways Chaplaincy as well.

Gordon told J that he would try and get the council to provide more immediate help as the local homeless centre was unable to assist. The council wanted a third party consent form before they would discuss the case with him, which they did not send immediately. As this occurred over the extended bank holiday for the Jubilee it was 4 days before Gordon could take the form to boater J.

Gordon added “In the meantime we prayed for him and his situation and amazingly when we met him he had just received a phone call from the council to say he could go to a flat in 7 days!  Also two people from the council arrived to see the condition of the boat just after the call and were unaware of the offer he had been given!  So quickly were our prayers answered!”