A struggle to stay afloat amid the pandemic 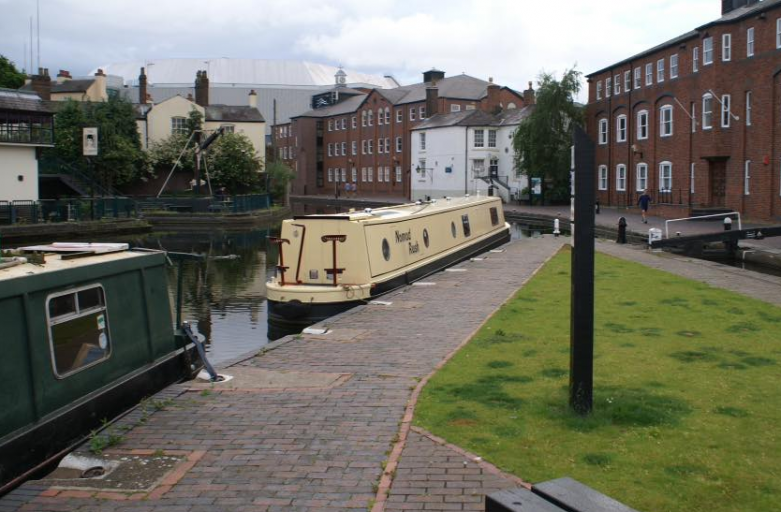 Churches around the UK have been doing an amazing job helping the most vulnerable groups during the pandemic, but might one community they’d never thought be in need? Please see below an article featuring Barbara Davies that was first published on the Evangelical Alliance’s website (eauk.org) on 12th August 2020.

When your church was planning outreach activities and help during the pandemic, which vulnerable groups appeared on the list? The most obvious were probably the elderly, those living by themselves, single parents, and people who were shielding. But if your church is located near or on one of the English waterways, you possibly missed one vulnerable community – the boaters.

Few of us would think that people living on boats need support, whether it is during the pandemic or not. Most of us, when thinking about them, might picture an older but vigorous couple who has finally got the time to fulfil their dreams to live a peaceful life on a comfortable narrow boat. Or, we might think of a young professional that chose an alternative lifestyle.

Sadly, the reality can be far less idyllic. Many people living on boats move there following a divorce and are alone and quite lonely. Even if they live as a couple, as they get older and frail, they often struggle with health, finances and keeping their boat in good condition. There are also a lot of ex-service men and women living on boats. They want to live away from it all, but, because of that, they can easily become victim to substance misuse.

“People living on boats struggle with mental health, finances and loneliness. There are a lot of single men living on boats and some struggle so much that they attempt a suicide. There are also practical issues such as registering with a GP or getting a benefit without a fixed address. The lockdown has only made the situation worse and we’ve helped with more problems than at the same time the year before,” says Barbara Davis, a lead chaplain at Evangelical Alliance member Waterways Chaplaincy.

Barbara, who serves in the north of England, adds, ​“During the height of the pandemic, people couldn’t get shopping delivered because they don’t have a postcode and a lot of them have medical issues which meant they couldn’t get out and shop for themselves. Add to this, working people have been furloughed and have faced financial issues; relationships have been strained due to living in a very small space; family members living on land have been worried about their elderly relatives on boats; and boaters have felt overwhelmed by more people walking along the canals on a daily basis as part of their ​‘lockdown exercise’ – although the general public isn’t expected to realise this.”

Waterways Chaplaincy is one of the ministries serving the boating community. It has 80 chaplains across 2,000 miles of waterways and works tirelessly to offer a range of support to the 15,000 people living permanently on boats. They not only meet for a chat but the chaplains also help with practical issues, provide support and even take boaters’ funerals when they sadly pass away.

Before the lockdown chaplains would meet with people face to face but since mid-March this has been replaced with phone calls. They have also been delivering groceries, looking after boats if people needed to go to hospital or another appointment, but unfortunately they can’t help everyone. Support from nearby churches is much needed on the towpaths.

Recently, a chaplain based in Lincoln had to help a boater in Nottingham because there was no one nearer. He was able to help on the phone but if there was a friendly church nearby, it would make things a lot easier.

“Churches often don’t realise they have a canal nearby and that by taking simple actions they can make a difference to the boating community,” says Barbara. ​“And if a boater doesn’t know people in the local church, unless they are really desperate, they will not go to a church to ask for help. That’s why it is crucial for churches to make themselves visible to this community. It is as easy as putting a sign by the canal or in front of the church building; if it’s located on the canal, for instance, this tells boaters that if they need help there is a someone they can contact.”

Barbara also suggests taking a regular walk along a local waterway and getting to know people who live there (this is, of course, to be done safely and with wisdom). She says, ​“Sometimes, a friendly chat is all that people need to feel better and to know that there is support available for them. Always remember, though, not to knock on a boater’s door – it is part of the waterways savoir-vivre; only talk to people when they are outside.”

If you would like to offer more structured help, you can partner with Waterways Chaplaincy. The team, which is always on a lookout for local churches to work with, has resources and expertise to help you get started and guide you along the way. ​“We help churches to engage with their community. Even if there’s an area where we don’t have a chaplain but we know a local church, we can refer people to them, and it makes a whole lot of difference. Together, we can really save lives on the waterways,” says Barbara.